Being a Black Man Through My Eyes

Greetings and Salutations! It’s a pleasure to have the chance to introduce myself to you. Yes, I am tall, I am 6’9 actually. Yes, I did play basketball, but I am also a scholar holding an Organizational Communication Degree, a Masters Degree in Coaching and Athletic Administration, and currently pursuing my Doctoral degree in Organizational Leadership with an emphasis on Organizational Development. I am also a son, grandson, nephew, father, teammate, coach, community organizer, philanthropist, farmer (Yes I said farmer!), friend, and a BLACK man; who has lived in multiple countries, states, and cities throughout my life. 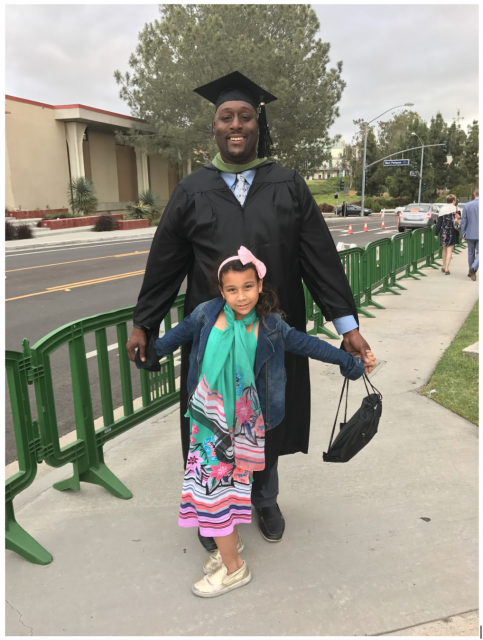 In this post, I am going to take a moment to share with you a little about myself and my experiences of growing up as a BLACK man in this world. I’ll also discuss a bit about my continued exploration into imposter syndrome and how it has played a role in my shaping as a BLACK man. Understand this is my lived experience and I know that my lived experience is not like anyone else, and I respect that. I also appreciate the chance to explain a bit of mine for those who choose to care.

So where do we begin?

When beginning to think about what I wanted to share in this post I started by taking some time to sit, meditate, journal, and reflect on the past 41 years of my life. Thinking about the journey that has led me to CAN as well as my journey to get here and how it’s been as BLACK man through my eyes in this world that we live in. Thinking about how I have always had feelings of not fitting in, being inadequate, not feeling smart enough, not being BLACK enough, or in some cases being too BLACK. These feelings have always seemed to follow me throughout my life. Let’s continue with a bit of my journey and how it led to me writing this post.

My life is one that has had many twists and turns as I am sure most people can relate with. I am an only child of a mom who spent 33 years in the Army. As a military child, I moved around a lot in my early years; we lived in Denver, CO, Atlanta, GA, Rochester, NY, Harrisburg, PA, and Madison, WI, all before I was age 11. We then moved to California where I have lived in Fresno, Lemoore, Hanford, and now residing in Sacramento. With all of this moving, it meant that I was always the “new kid,” wherever I went, which was a hard thing to reckon with if I am being truthful and honest. In most places, we lived either in military housing or where other military families lived. What this meant for me, was, I was growing up with other kids who could identify with the experience of being a military kid who was moving around through our youth years, but for most of these kids, there was one thing that most of these kids had in common that I didn’t, they were WHITE. Which for me was hard, because there weren’t many kids who looked like me. This wasn’t easy to accept or understand at that time.

One way that my mom and extended families tried to help me cope with the lack of diversity in my life was to get me involved in sports. I have played pretty much any sport you could think of, as a child. To name a few, I played baseball, hockey, soccer, volleyball, and basketball. Engaging in sports helped to keep me busy and allowed for a chance to connect with other kids who looked like me, even if for a season. However, even with these opportunities I still struggled with the feelings of being accepted and belonging. These feelings only became more evident as I got older and taller. By the time I was 12, I was 6’0. This is when I began to realize that because of my size, people looked at me differently. At this time in my life, I had been solely playing soccer and baseball and had just started picking up the game of basketball; thanks to a wonderful Site Coordinator who introduced me to this game and who also changed the whole trajectory of my life. My size was definitely an asset and helped me to have early success in the game of basketball, but it also brought a lot of unwarranted attention. I began to have adults question my age if I was playing with kids my age. I also remember this was around the time that my grandmother who was well into her late eighties at the time, began to have conversations with me. Conversations about being mindful of how I carried myself around others – because they weren’t always going to see the kid I was, but they would just see a large BLACK man. Now let me be honest, at the time she was telling me I really didn’t understand what she was telling me until I had my first experience of walking on the street next to a WHITE woman who clinched her purse when she saw me and end up crossing the street to avoid being next to me. I was 13 when this happened.

This is when I began to truly see that people looked at me differently. This is when the questions began, “How tall are you?” “How old are you?” “Are you sure?” along with the statements “Wow, you are tall,” or “I hope you are playing sports.” Now, even though I was playing sports this didn’t sit well with me, and for a long time I really couldn’t figure out why. Not until I was introduced to the term racial stereotyping, at the age of 15 when I was 6’3. This is when I began to understand that people didn’t see me for anything more than a ballplayer. Around this time, I began to deal with imposter syndrome. I knew I wanted to be so much more than just a ballplayer. I knew I was more than that but had very few opportunities to share my experiences or thoughts about this throughout the remainder of High School and even it to college. People always seemed to be surprised that I passed classes they didn’t think I should. They even questioned the books I read, the music I listened to, and even the movies I watched were under question. All of this questioning throughout my youth into adulthood, only made me feel more out of place and unaccepted. Not to mention those continuous reminders from law enforcement that they were watching me or keeping an eye to make sure I was staying out of trouble.

These things were common occurrences throughout the remainder of high school and in college, where I was not only playing basketball but also taking full course loads, allowing me to graduate in four and a half years. There were always reminders along the way of how the world saw me. I was reminded while being pulled over on the freeway because I drove a car that they were looking for, also known as “DWB” – Driving While BLACK. These reminders also continue to consist of people’s racial stereotyping and included, not just as a dumb jock, but also as a predator of women. There were times when I was accused of making women “uncomfortable,” which led to me being asked to drop classes and even leave parties and gatherings because of these types of accusations. In turn, this continued to feed my thoughts around being an imposter. The feelings of not being good enough, not fitting in, not being what people thought I should be, all ate at me for years. 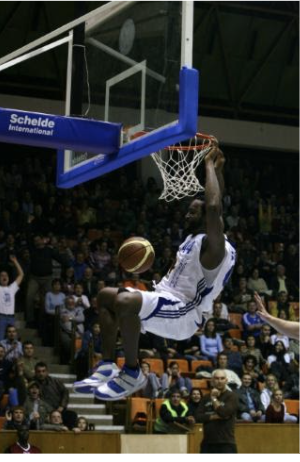 I began to travel the world and play the game of basketball, which I had become very skilled at. Enough so that I played professionally in 8 countries over the span of 6 years. Thanks to this opportunity I was able to see that in some places, being a BLACK man was not as I had been taught to think. I found places in this world where I felt accepted and loved. In some cases, I found and interacted with people who were envious of me because of my race, which was a very new experience for me. This, coupled with the beginning of my path with counseling, helped me to realize that I was not an imposter, but I was just me, and being me was enough. However, even with these newfound truths, it was not a lived reality in all situations. There were still those who still saw me as a ballplayer, a thug, a predator, a troublemaker, a BLACK man, or even in some cases less than a man.

However, this has not stopped me from trying to do what I can to be the change I hope to see. Since returning from my overseas experiences, I have had chances to work with people and youth in all types of walks. I have been a sports coordinator, site coordinator, special education instructional assistant, high school basketball coach, mentor, Amateur Athletic Union’s Select Travel Team (AAU) Program Director, AAU Program Co-Creator, and now a Program Specialist for CAN’s Quality and Equity Initiatives. All the while, accepting I am a BLACK man, as well as using these platforms to continue to show those who care, to see that I am so much more than what people have tried to paint me as.

As I continue my exploration of imposter syndrome I have begun to look at its effect on how I  may move through systems that I work, live, and interact in. I am doing this by looking into David Kantor’s 4- Player Model and the roles of the Mover, Follower, Opposer, Bystander in his model. Looking into how one’s selected role might be impacted by how they perceive themselves or have been taught to perceive themselves through the lens of something they are not. This has been something that I have been exploring for some time now after I had an encounter where I thought I was moving as a bystander in a situation where I came to a conclusion that led me to feel as if it was limiting and inequitable. I felt this needed to be lifted and in doing so I had another colleague share with me they felt I was acting as an opposer in this situation, which did not sit well with me. This led to me looking into the language of the roles as well as how they were defined. I concluded the roles were value-laden which led me to think of how imposter syndrome might be at play with the model and the roles themselves, and how this may play a part in the roles I choose in given systems and situations. 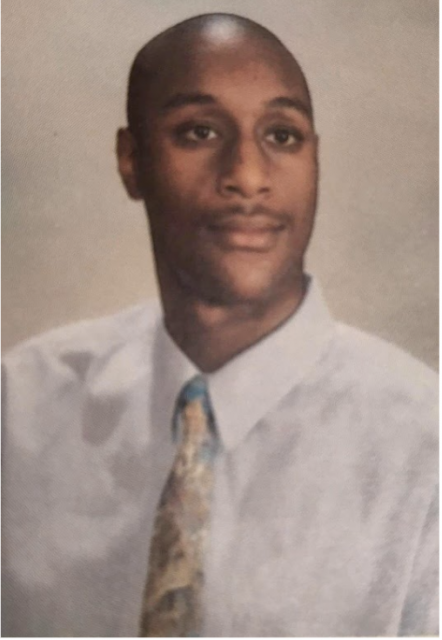 This exploration is ongoing. I have shared a few resources below that I have been using over the past year and a half and have found to be helpful. I pass them along in hopes that whoever chooses to read this finds value in them. In closing, I give tons of appreciation to all those who have helped me get to this point. I would be naive to think I have been able to get to this point in my journey without help along the way. I would also like to leave you with this thought, you are not what people say you are, but in actuality, you are who you think you are. So the question is who do you think you are? Don’t limit yourself or the abilities you have.

Until next time and all the best!