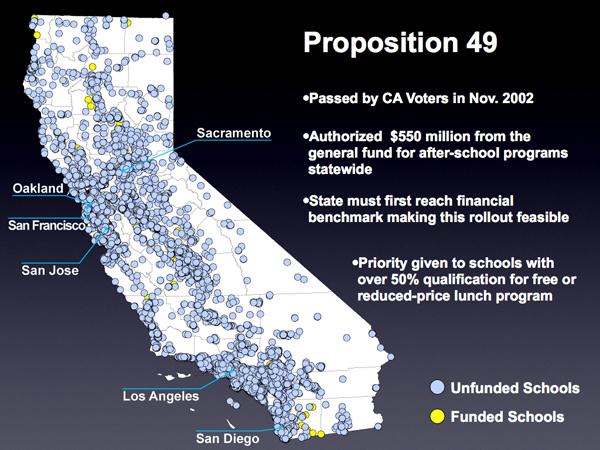 In November of 2002, California Voters passed proposition 49, the After School Education and Safety, or ASES program which mandated that $550 million dollars each year be made available for Kindergarten through 9th grade after-school programs. These funds would be released only after the state achieved a financial trigger making the release of these funds feasible. Between 2003 – 2005 the financial trigger necessary to release the additional 430 million dollars had not been achieved and there was no expansion of state funded after-school programs.