On July 24, 2015 California Superintendent of Public Instruction Tom Torlakson released A Blueprint for Great Schools Version 2.0. This new release is the next iteration of the state road map for Education, building on the 2011 release of A Blueprint for Great Schools. The original blueprint contained recommendations to elevate the California Department of Education After School Office to a Division (The After School Division), which resulted in a strategic plan for expanded learning in California. The Blueprintfor Great Schools Version 2.0 contains a recommendation (page 8) to Continue to build statewide capacity for expanded learning through the ongoing implementation of the CDE After School Division Strategic Plan. Additionally, many of the guiding principles outlined in the updated Blueprint are consistent with expanded learning quality including meaningful learning, supporting the whole student, community engagement, collaboration and coherence, and equity. Access the Blueprint for Great Schools Version 2.0. 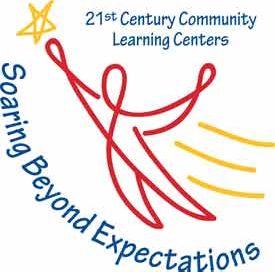 The U.S. Senate recently passed Legislation (S. 1177) to reauthorize the Elementary and Secondary Education Act (ESEA) commonly referred to as No Child Left Behind (NCLB). The Senate bill preserves dedicated funding for the 21st Century Community Learning Centers (21st CCLC) program. The U.S. House of Representatives recently passed HR 5, the Student Success Act. The House version of ESEA reauthorization would eliminate the 21st CCLC program in favor of a block grant to states that could be used for a variety of purposes. Next, the House and Senate will work through conference committee to put forward a final version of ESEA reauthorization.

The Afterschool Alliance, the National Center for Time and Learning, Boys and Girls Clubs of America, YMCA of the USA and Citizen Schools are inviting organizations (not individuals at this time) to sign on to a letter (attached) asking House and Senate education committee leadership to include the 21st CCLC program in the final ESEA reauthorization legislation. To add your organization to the letter, please email the name of your group (and city/state for local or statewide organizations) to JLuchner@afterschoolalliance.org The deadline to sign on has been extended to Friday September 4th.

CAN Maintains a listing of expanded learning job postings. There have been recent additions to our job postings including the two following positions:

CAN maintains a list of Expanded Learning Funding Opportunities. Recently added to the list are the following funding opportunities:

Back
This item appears in:
This post has been archived and may contain content that is out of date.