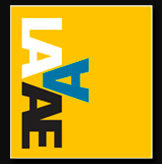 Los Angeles Academy of Arts and Enterprise (LAAAE) is a public charter school which largely serves the west downtown Los Angeles community. The founding of LAAAE originated with Moctesuma Esparza, a motion picture industry leader who has received over 200 honors and awards, including an Emmy Award, Clio Award, an Academy Award nomination, and a Golden Globe nomination.

In addition to movie making, Esparza has been active in the community, including previously serving on the Board of Directors of Los Angeles County High School for the Arts (LACHSA) which is located on the California State University, Los Angeles campus. This experience led Esparza to envision a charter school as an option for students unable to access LACHSA, but have dreams and talents that need to be nurtured and developed. He wanted all students, regardless of socioeconomic status, to have access to a college preparatory curriculum with an emphasis on visual and performing arts and entrepreneurship. Thus, LAAAE was founded and continues to develop into a viable public education option for students and families.

Back
This item appears in:
This post has been archived and may contain content that is out of date.